6 DAYS, 5 NIGHTS customizable packages
PRICES starting from $1889.00 per person based on double occupancy

Get to know the Western United States with this customizable tour package of two great cities – Las Vegas and San Francisco – and points beyond, including The Grand Canyon, Napa Valley wine country, and more! Start in glamorous Las Vegas, where you’ll stay in a luxurious hotel in the heart of the world famous Las Vegas Strip. We’ll share a tour of the major sights before bringing you to your lodging. Spend a free evening exploring the “Entertainment Capital of the World.”

Then, see the Grand Canyon and the Hoover Dam by air. We’ll land in Arizona to explore the western rim of the Grand Canyon from the ground before heading back to Las Vegas. You’ll have another night, day, and afternoon in Las Vegas to see shows, shop, dine and enjoy.

Fun for all ages

Adventure seekers love The Fremont Street Experience at the heart of the historic downtown. This five-block entertainment destination features the SlotZilla Zip Line, free Viva Vision light shows, live music on three stages, casinos, and more. Whether traveling with children or on your own, there’s a memorable experience waiting for everyone.

The Entertainment Capital of the World

It’s all about the bright lights, luxurious resorts, megastar shows, and high-rolling casinos at lively Las Vegas. From the Eiffel Tower at Paris Las Vegas to the neon cowboy on Fremont Street, Las Vegas continually reinvents itself with a mixture of beloved landmarks and state-of-the-art newcomers. Spend your first day touring the Las Vegas Strip, plus enjoy two free evenings to explore Sin City on your own.

Considered one of the Seven Natural Wonders of the World, the Grand Canyon in Arizona is home to unbelievable panoramic vistas. Grand Canyon National Park is the second most visited U.S. national park and one of the most recognizable symbols of the country. After President Theodore Roosevelt visited the canyon, he called it “the one great sight which every American should see.”

Hoover Dam, in Black Canyon on the Colorado River, is a short distance from Las Vegas on the Nevada-Arizona border. Its impoundment forms Lake Mead, the largest reservoir in the United States by volume. Originally known as Boulder Dam, the massive structure is popular for its bas-relief carvings and ornamental features. The imposing concrete dam draws more than one million visitors a year.

One of the most recognizable structures in the world, the Golden Gate Bridge spans the channel where San Francisco Bay meets the Pacific Ocean. This emblem of San Francisco and Northern California is popular with walkers, joggers, bicyclists, and motorists alike. Sausalito, Muir Woods, Fisherman’s Wharf, and Golden Gate Park are all a short drive away.

Take a ride on the San Francisco Cable Cars, the last manually-operated system in the world. This transportation system runs near Fisherman’s Wharf on the Bay to Union Square downtown before continuing its climb through several of the city’s most famous neighborhoods, including Chinatown. Climb aboard for a one-of-a-kind experience! 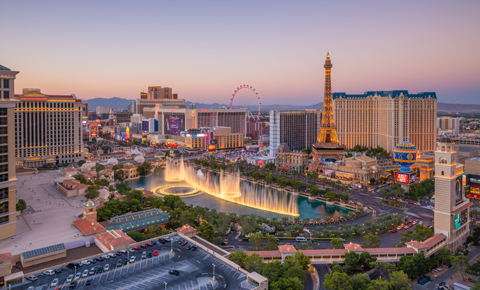 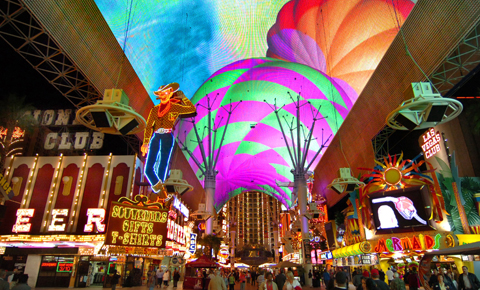 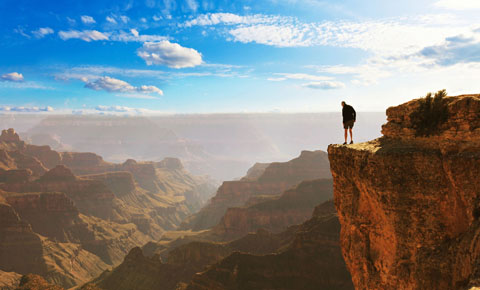 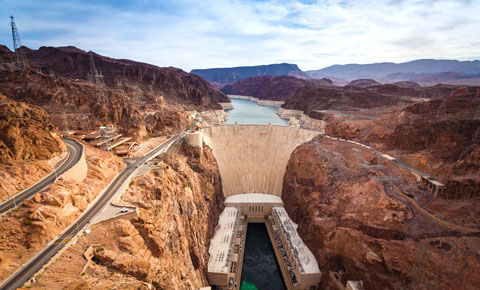 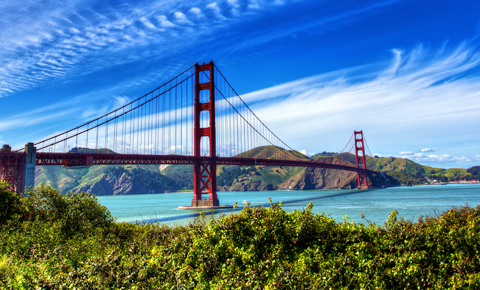 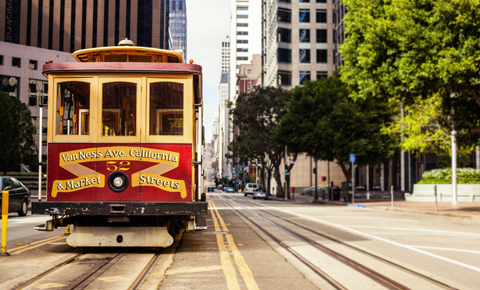 Every client receives hands-on personal attention from our professional staff with over twenty years of experience in tour operations and destination management services. We have personally been to every destination, eaten at every recommended restaurant, stayed at every hotel, and been on & collaborated with every guided tour. Las Vegas and San Francisco Vacation Package prices are based on Sunday, Monday and Tuesday departures.